Highest pie in the southern sky! 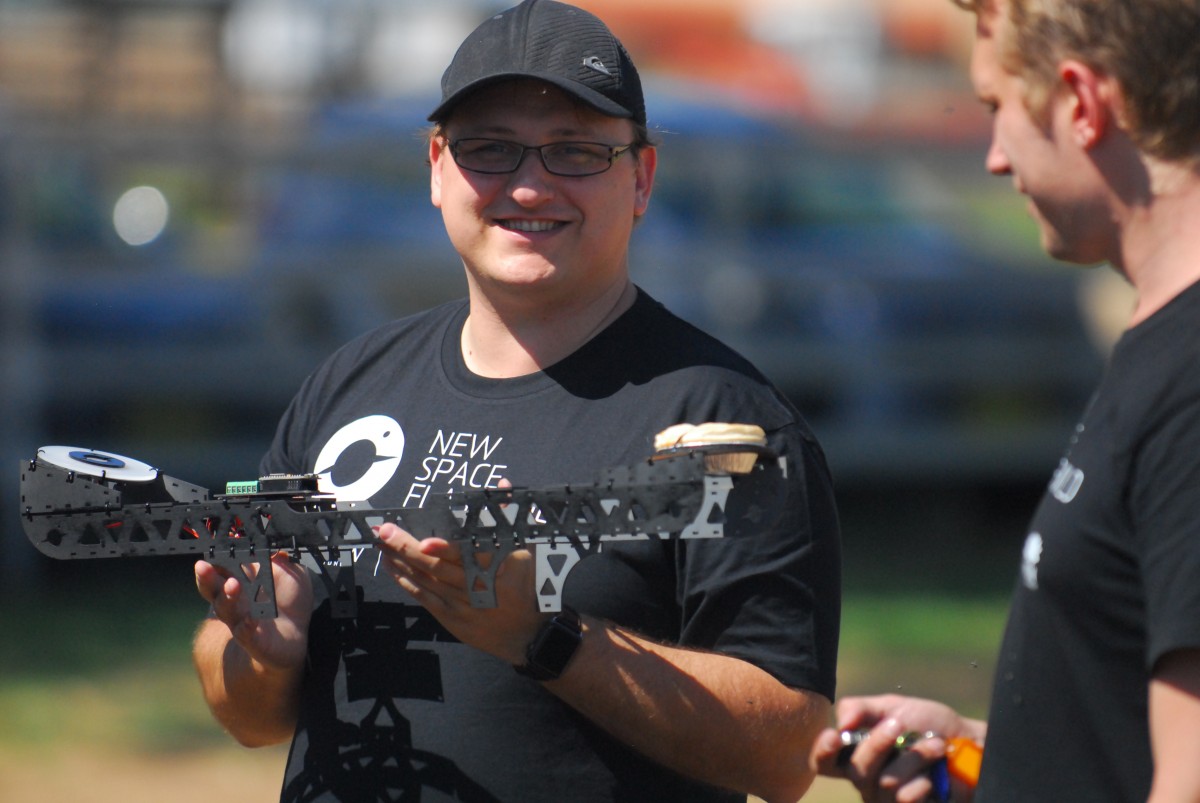 Queensland rapid prototyping professional Mic Black and a crew of startups, academics and students made history on the weekend setting a record by launching a meat pie to the highest ever altitude in the Southern Hemisphere.   The flight with helium balloons and a Garlo’s meat pie on board was the finale to a four day “NewSpace FlashBuild” event held from 7-11 November to promote and engage the space industry in Australia. The balloon reached 28.3 kilometres before bursting and returning to earth, pie intact.

Two balloons in total were launched and retrieved from the Hunter Valley in NSW supported by the NSW Government’s Boosting Business Innovation Program and part of an ongoing Maker in Residence FlashBuild program at the University of New South Wales originated by Mr Black.

Mr Black divides his time between his commercial rapid prototyping lab on the Sunshine Coast, Queensland and community engagement activities across Queensland, interstate and internationally.

“FlashBuild’s provide a model for professional hackathons designed to bring together universities, industry and creatives to collaborate intensely for a short period and make rapid progress.”

“They capture the imagination of many and promote values of rapid prototyping, creativity, open collaboration and pie in the sky thinking.”

Mr Black has been involved in FlashBuild’s across a number of industries including education, agribusiness, automotive, assistive technology and now space.

“Each FlashBuild is a story of unlikely collaboration ranging from working with kids from Ronald McDonald House to build a simple kinetic power generator that we sent up with the pie through to leaders in the aerospace ecosystem such as Dr Tim Parsons from Delta-V and Australia’s first astronaut Paul Scully-Power.”

“Plus, the next time someone tells me that an idea is too ‘pie in the sky’, I can answer confidently that it won’t be an issue.”

UNSW TechConnect entrepreneur in residence Alex Herlihy said he created the NewSpace FlashBuild to bring new knowledge to experienced teams, engineers, academics, students and startups alike.   “This was a fun event but with a serious purpose. A Garlo’s meat pie was on board as well as small CubeSat-like satellites, sensor systems, video and communications equipment for high altitude tests and to document the launch.”   “This is the first step in what we hope will lead to a future low-cost satellite launch in 2019.”   Garlo Pies sales manager Jackson Garlick said: “Meat pies are a quintessential Aussie staple and setting the highest pie in the southern sky is not only be bragging rights for us but also an accomplishment for Australia.”