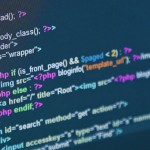 The NBN is the National Broadband Network and NBN Co is the company set up to implement a massive infrastructure and access overhaul of telecommunications in Australia.

On the Sunshine Coast we are already benefiting from the nbnTM. Two of the four different implementation phases are available here right now.

The nbn is being constructed across Australia using three different technologies. These are optic fibre (in urban areas) fixed wireless (mostly surrounding the urban areas) and satellite (for the rural and remote areas).

The nbn Fixed Wireless will be rolled out across the Sunshine Coast over the next 2-3 years.

For specific details about your area, enter your address in NBN Co’s rollout map

The majority of the fibre build will be located in road reserves or Council-owned land. All residents will be fully informed before any building commences in their neighbourhood.

If you are a local business, and would like further information about how to get involved in the fibre build please email: economicdevelopment@sunshinecoast.qld.gov.au